In 1998, a 75’ quint was purchased from Seagrave Fire Apparatus.  This unit was one of the first built by Seagrave.  It has a 1750 gpm pump and a 500 gallon water tank. This unit was featured in the 1999 Seagrave Calendar and was on display at the FDIC Conference in Indianapolis Indiana in March of 1998. This unit replaced a 1983 Ford/Pierce Engine that was sold to Charlotte, Iowa. 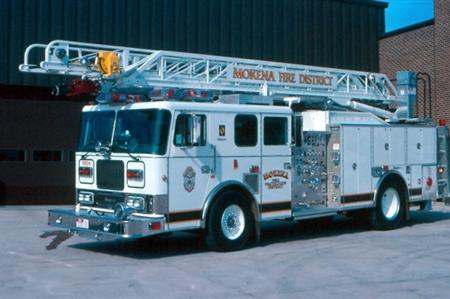 On September 8, 1998 at 3:51 a.m. the department was dispatched to Weber Wills Apartment complex for an apartment building struck by lightning.  Upon arrival the attic was well involved with fire.  This required a 2-11 box alarm to control. 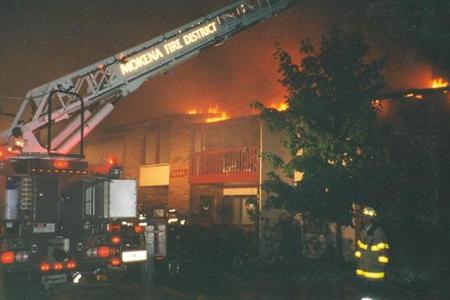 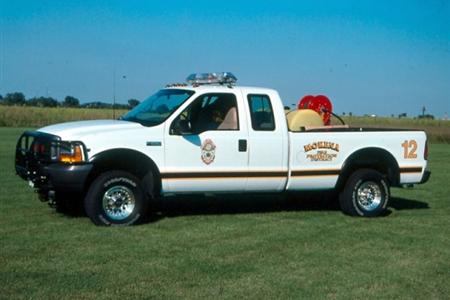 In 1999 the District purchased a new pick-up to be used as a brush fire vehicle replacing the 1989 pick-up.

Chief Golden placed first place in the Chief’s category in the Firefighter Combat challenge in 1994 and 1995. 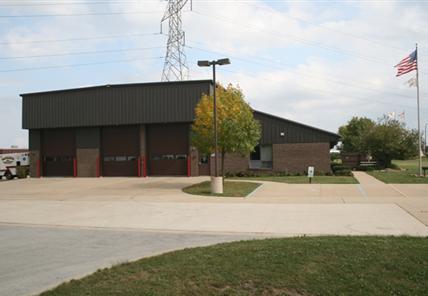 In 1996 another new ambulance was purchased to replace the 1988 Ford/Road Rescue ambulance.  This ambulance was on a Navistar chassis and Road Rescue Box.  The 1988 Road Rescue was sold to an Amoco Refinery in the United Arab Emirates in the Persian Gulf. 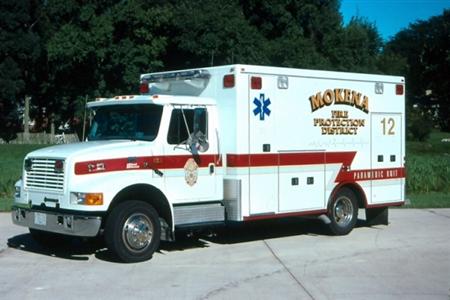 The District purchased it's first thermal imaging camera in 1997.

On July 18, 1998 an F-1 tornado struck the District.  The path of the storm was from the northwest to the southeast.  The tornado touched down on Interstate 80 west of Route 45 where a semi tractor trailer was flipped over and proceeded to move southeast striking the NOVA Horse Stables, passed a few hundred yards east of Fire Station #2, striking Rienke Supply, Timber View RV and the Homewood Bank.  The tornado was on the ground for two and half miles. The only injury was to the driver of the semi tractor trailer. 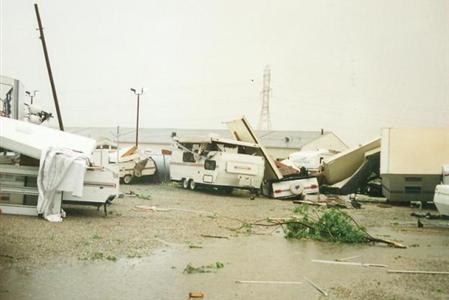 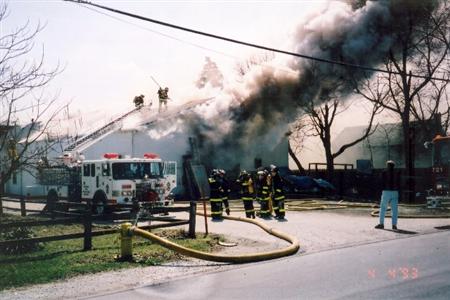 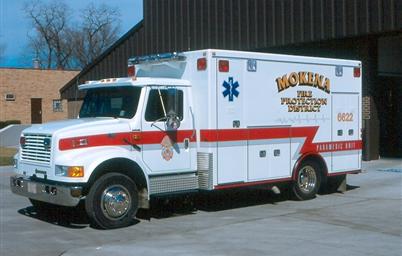 In May of 1990, the Department's only dog, a Dalmatian named Patch was donated to the District.  Tragically, Patch was only with us for a short time.

In August of 1990, the District took delivery of a Pierce Tele-Squirt.  It had a 50 foot ladder with a 1,500 gpm pump and 500 gallon water tank.  This unit had a fully enclosed crew cab capable of seating six firefighters. This unit remained in service until May of 2008 when it was sold to St. Germaine Fire Department in Wisconsin. 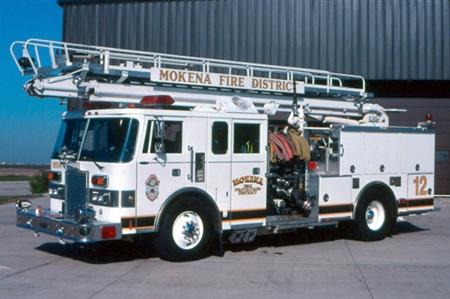 The department responded to Plainfield on August 28th, 1990, to assist with search and rescue and transportation of injured citizens as a result of a devastating F5 tornado that killed 29 people and injured 353. The ambulance transported several injured patients to the hospital while the heavy rescue and chief responded to the Plainfield High School for search and rescue.

On September 1, 1991, Chief Delbert Yunker retired due to health reasons after serving as the District's Fire Chief for 12 years.

Ted Golden was appointed Chief in September of 1991.

In 1993, the District experienced an unprecedented number of working structure fires.  All told there were 17 working fires with five of those fires going to the box alarm or higher.  The most notable fire was G.B. Feld located on Front Street in April of that year.  This fire went to the second alarm and destroyed almost the entire building. 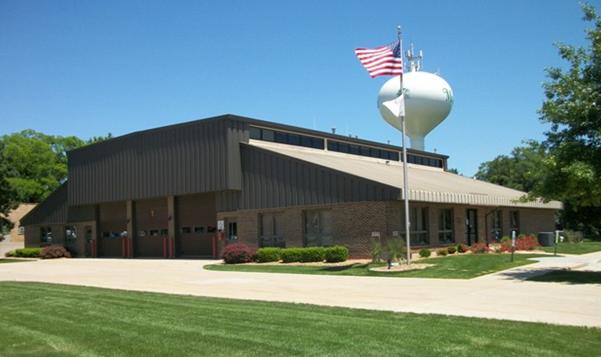