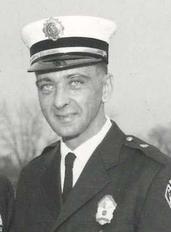 Fire Chief Fred Rauch retired on May 11, 1979 after serving eight years as Chief.

To make room for the new Pierce Engine, Old Number Two, the 1945 Ford/Central States engine was retired and sold.

In 1979, the District took delivery of a Ford/Super Vac Heavy Rescue/Light Plant.  This unit was built with a galvanized body and had two light towers that rotated 360 degrees.  It was the first unit with a light tower to be purchased in the area. This vehicle was refurbished in 1987 and was retired in 2001 and sold to Venango, Nebraska. 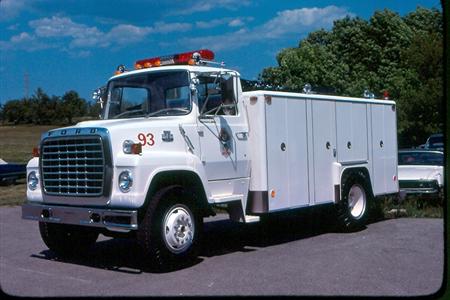 To make room for the 1975 Rescue Truck, the 1957 Chevy tanker was retired after faithfully serving the District for many years.

In 1976, the District took delivery and placed into service 32 Motorola Page Boy receivers.  This was a definite communication improvement, allowing all volunteer firefighters to carry radio alerting equipment for the first time. Prior to this purchase, each volunteer firefighter had a Plextron Receiver in their home for alerting purposes or they relied on the fire siren to sound to be alerted when not at home. 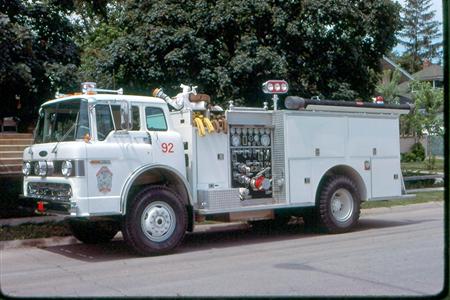 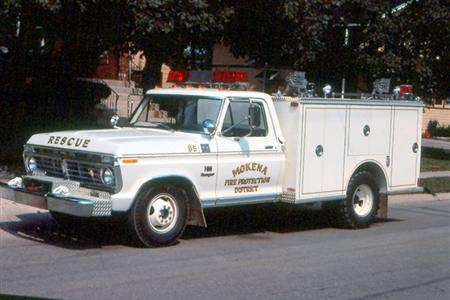 On October 10th, 1974 the District responded to a fire at Dunham's Hardware Store which was located at the corner of Front and Division Streets.  The building was over 120 years old and over the years had served as a hardware store, post office, supermarket, church, and had apartments on the second floor. Mutual aid from several neighboring departments responded to assist in fighting the blaze. 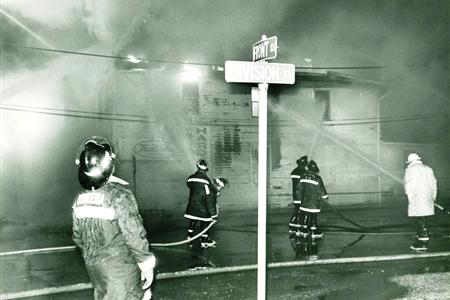 In July of 1974 the District purchased a four-wheel drive Pierce mini-pumper on a Dodge chassis.  The apparatus had a 240 gpm pump and roll fire pump and carried 250 gallons of water. The main purpose of this vehicle was for rapid response and grass fires. This vehicle served the District until 1988 when it was sold to Salina Volunteer Fire Department in Illinois. 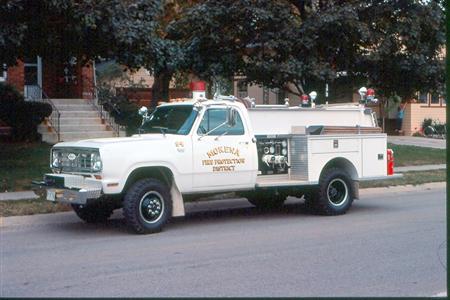 In 1972, the District purchased the property immediately west of the fire house for expansion. In December, 1972, ground was broken for a much needed addition, which included three apparatus bays, radio room, kitchen, Chief's office, day room, rest rooms, conference room, air room, and maintenance shop. The District and firemen proudly showed off their new "home" during an Open House in June, 1973, attended by almost 1,000 interested public minded citizens. Anyone present that day could not help being touched by the solemn dedication of the memorial flag pole and marker in memory of Robert G. Rust, who served as Chief of the Department from 1962 to the time of his death in August, 1971. 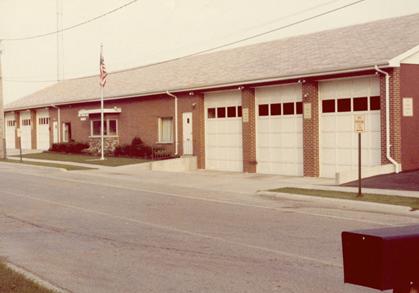 Also in 1971 the District took delivery of a 1972 Ford Econoline Van that was used as an inhalator unit and carry-all. This unit was retired in 1985. 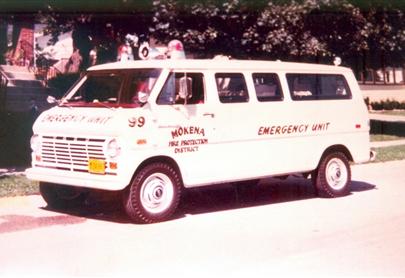 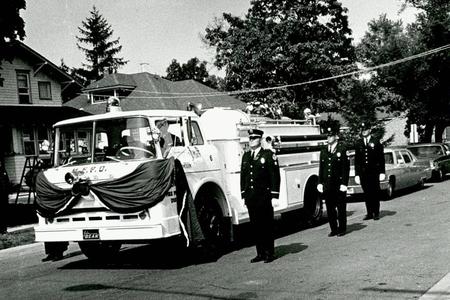 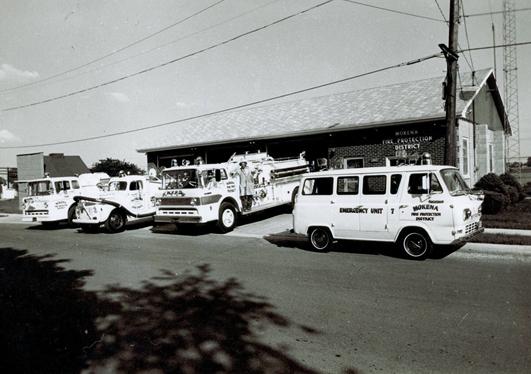