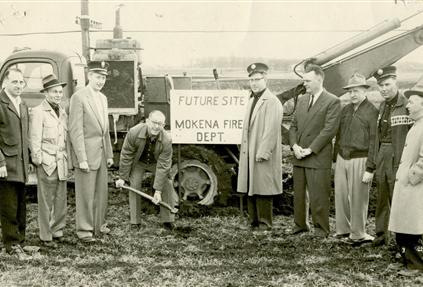 On September 23, 1956, disaster in the form of two fires hit the town. Kreml's Tavern caught on fire, and shortly thereafter, the Shopping Bag fire started. All surrounding towns furnished equipment and fought the fire throughout the night. A local citizen aiding the firemen was overcome by smoke. This experience increased the need for an inhalator unit immediately. A sign and a fire pail for donations placed at the scene, netted $324.00 in contributions in one day. By October 11, 1956, the fund was $559.00, and the inhalator was ordered.

In August, 1957, truck #3, a tanker, was put in service. This unit was a used 800 gallon tanker on a Chevy chassis. With the addition of #3, this meant that one truck had to stand outside all the time. 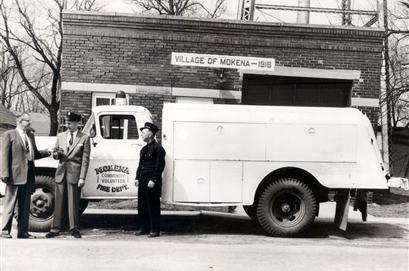 The need for a new fire house was becoming more apparent with the increased population in the town and the surrounding area. In October, 1958, a planning committee was formed and the site of the new fire house to be built on Front Street was decided on. 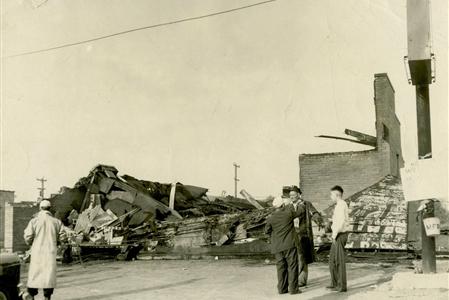 In 1945, a new piece of equipment, an engine, was purchased for a cash price of $4,967.00 from Central Fire Truck Corporation out of St. Louis, Missouri.  This 1945 Ford Fire Engine had a 500 gpm fire pump and carried 500 gallons of water. This unit was delivered in February of 1946 and given the designation of #2. This unit served the District until it was retired in 1977. 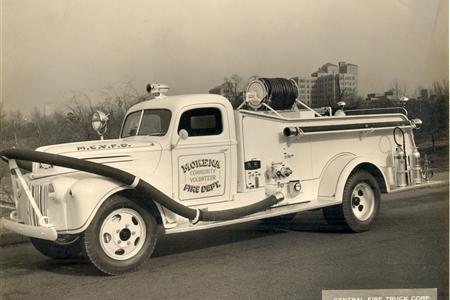 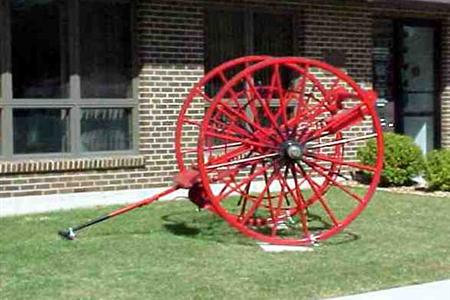 When a fire was discovered, the townspeople turned out and fought it. Volunteers brought up the hose cart and hand pump. The hose cart and pump were on hand for many years before a regular Fire Department was organized. From information available, fires were fought on a catch as catch can basis prior to the organization of a regular Department.

In 1923, Herman Schweser was elected as the first Fire Chief.

Early in 1933, a used Model "AA" Ford chassis previously used as a coal truck was purchased for $75.00.  By July 15, 1933, the Mokena Village Model AA Fire Engine fire engine was complete with chemical extinguishers and a pump at the cost of $283.35.  The department restored the antique engine in the 1980's and still has it today and proudly drives it in parades. 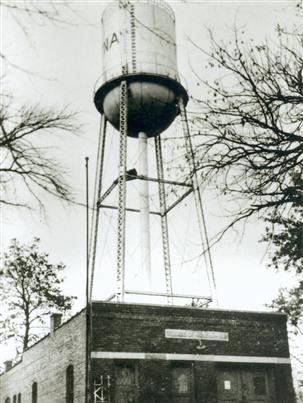 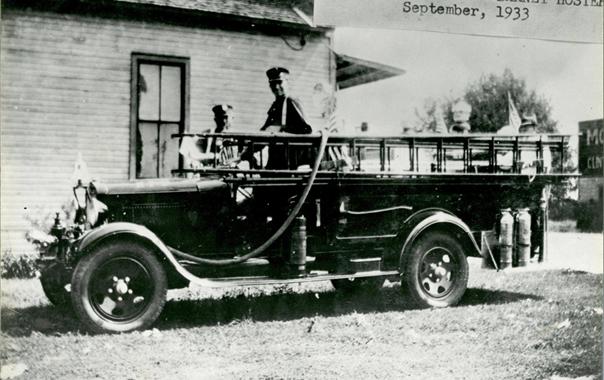